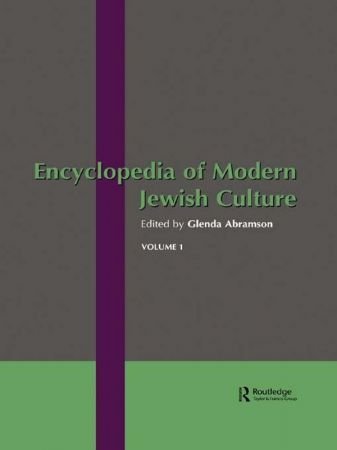 English | 2005 | PDF | ISBN: 041529813X | 1600 Pages | 10 MB
Based on The Blackwell Companion to Jewish Culture published in 1989, the new Encyclopedia of Modern Jewish Culture has been completely updated and revised. As far as Jewish culture in its broadest sense is concerned, much has changed during last 14 years. Jewish demography has altered. Social, political, and religious structures have radically changed, and new communities have emerged. Ultra-Orthodox and religious nationalist militancy in Israel and Jewish fundamentalism worldwide have grown, and counteractive movements have been founded--especially in the US, changing diaspora Jewish political culture. Holocaust-related study and activities have also greatly increased. Written by experts from all over the world, this updated two-volume set reflects all these recent changes, making it a timely addition for both academic and public libraries. Covering the humanities, arts, social sciences, sport, and popular culture in both biographical and topic entries ranging from 200 to 1000 words, culture is defined very broadly. In addition, there are also 5000 word essays, predominantly written by scholars and academics, which contextualize the shorter entries, and provide overviews to aspects of culture in the Jewish world.

Comments
No comments for "Encyclopedia of Modern Jewish Culture".
Add Your Comments
Please Login to comment