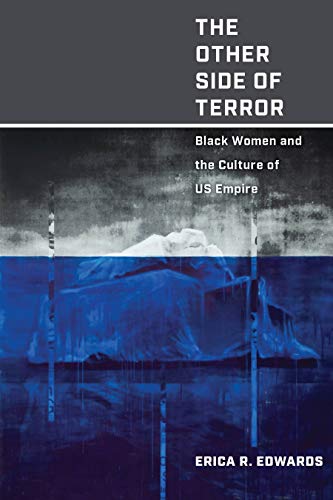 The year 1968 marked both the height of the worldwide Black liberation struggle and a turning point for the global reach of American power, which was built on the counterinsurgency honed on Black and other oppressed populations at home. The next five decades saw the consolidation of the culture of the American empire through what Erica R. Edwards calls the "imperial grammars of blackness."
This is a story of state power at its most devious and most absurd, and, at the same time, a literary history of Black feminist radicalism at its most trenchant. Edwards reveals how the long war on terror, beginning with the late-Cold War campaign against organizations like the Black Panther Party for Self-Defense and the Black Liberation Army, has relied on the labor and the fantasies of Black women to justify the imperial spread of capitalism. Black feminist writers not only understood that this would demand a shift in racial gendered power, but crafted ways of surviving it.
The Other Side of Terroroffers an interdisciplinary Black feminist analysis of militarism, security, policing, diversity, representation, intersectionality, and resistance, while discussing a wide array of literary and cultural texts, from the unpublished work of Black radical feminist June Jordan to the memoirs of Condoleezza Rice to the television series Scandal. With clear, moving prose, Edwards chronicles Black feminist organizing and writing on "the other side of terror", which tracked changes in racial power, transformed African American literature and Black studies, and predicted the crises of our current era with unsettling accuracy.
Visit My Profile News Here : https://www.ebookee.com/user/book24h

Search More...
The Other Side of Terror Black Women and the Culture of US Empire

Comments
No comments for "The Other Side of Terror Black Women and the Culture of US Empire".
Add Your Comments
Please Login to comment